Dark Haven and Dark Lady’s Chosen are back in eBook! It took longer than we expected, but both books (Chronicles of the Necromancer books 3 & 4) are available on multiple eBook platforms. 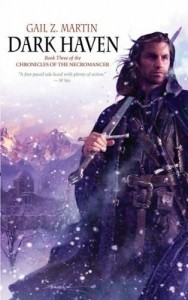 Martris Drayke fought the Usurper and defeated both the blood mage Arontala and the spirit of the Obsidian King.

As the newly-crowned King of Margolan, Tris must rebuild a kingdom shattered by betrayal and bloodshed. Some of the Usurper’s loyalists evaded capture and remain a danger. Famine and hardship threaten to bring more chaos and divisions. And in his Court of Spirits, the necromancer-king is overwhelmed by the ghosts seeking retribution and release.

With their royal wedding just weeks away, Tris and Kiara Sharsequin, heir to the throne of Isencroft, will unite the rule and succession of two allied kingdoms. Not everyone is pleased to see that happen. As threats multiply, Tris and Kiara must guard against traitors and enemies both inside and outside the castle, determined to destroy them and everything they fought to gain.

Meanwhile, former smuggler and mercenary Jonmarc Vahanian, the new Lord of Dark Haven, finds himself at the center of a power struggle among the undead vayash moru. As he untangles a web of deception, Jonmarc realizes that the conflict in Dark Haven threatens not only the future of the Winter Kingdoms but also the fate of the living, dead and undead. 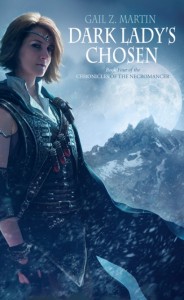 Treachery & blood magic threaten King Martris Drayke’s hold on the throne he risked everything to win. As the battle against a traitor lord comes to its final days, war, plague & betrayal bring Margolan to the brink of destruction.

Civil war looms in Isencroft, forcing Kiara to make hard choices between her duty to her kingdom-by-blood and her commitments to her kingdom-by-marriage. Thrones and successions are at stake, and a wrong choice could change the history of the Winter Kingdoms forever.

In Dark Haven, Lord Jonmarc Vahanian has bargained his soul for vengeance, plunging into a conflict among ancient immortals based on grudges centuries in the making. If he succeeds, Jonmarc preserves the truce, stops the bloodshed, and saves what matters most. Failure brings destruction—and dooms his soul for eternity.