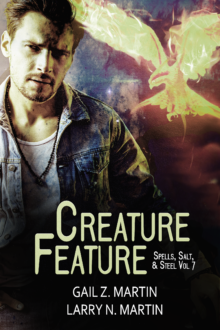 When he foils the efforts of an illegal Huntsman to poach one of the creatures he protects, Mark discovers a network of traffickers who capture cryptids and sell them to collectors or for illicit sport hunting. Then he gets pulled into a Mob war between the vampire and werewolf factions of two major Mafia families. But when both the Huntsman and the Mob want to capture a rare firebird and use it against their enemies, Mark and his allies need to act fast before it all goes up in flames.