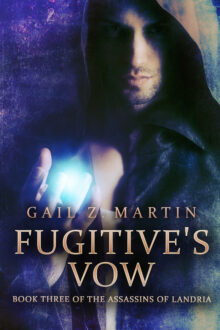 Rule-breaking, unconventional assassins Joel “Ridge” Breckenridge and Garrett “Rett” Kennar are back, and the stakes have never been higher.

The Witch Lord remains at large, orchestrating his plot against Landria’s throne from the shadows. Then tragedy strikes, the kingdom is in jeopardy, and Rett disappears. Framed for murder, Ridge flees with a bounty on his head, still intent on fighting the Witch Lord’s threat. Landria’s fate hangs in the balance, leaving only hard and dangerous choices.

Can an unlikely alliance of outlaws and fugitives turn the tide for justice and vengeance?