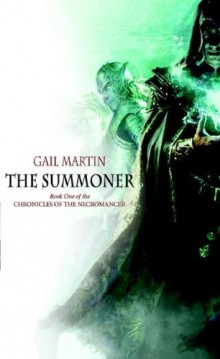 Chronicles of the Necromancer Book One

Martris Drayke, second son of King Bricen of Margolan, never coveted the crown. But when his older half-brother Jared and Jared’s dark mage kill the king and the rest of the royal family, seizing the throne, Tris’s comfortable world shatters, and he finds himself running for his life.

Tris flees with three friends: Soterius, captain of the guard; Carroway, the court’s master bard; and Harrtuck, a member of the royal guard. They seek sanctuary and the chance to plot the overthrow of the Usurper, gaining unexpected helpers along the way.

Tris has a secret—one that might well determine the fate of Margolan and the Winter Kingdoms. In a land where spirits walk openly and influence the affairs of the living, he is the mage heir to the power of his grandmother, Bava K’aa, once the greatest sorceress of her age. That magic makes Tris a Summoner, arbiter between the living and the dead.

Can a half-trained mage prince and his unlikely allies take back his kingdom and avenge his family—or will his wild power destroy him before he has the chance to set things right?