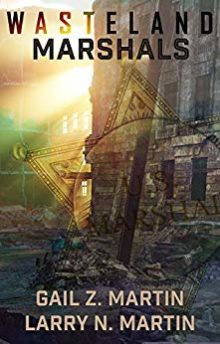 The world ended. Then things got tough.

Shane Collins and Lucas Maddox were US Marshals before. Before the world ended. Before civilization crumbled. Before Shane developed strange powers. Before there were monsters.

Now they’re still Marshals, but they ride through the wreckage of what once was the United States, helping the ragged groups of survivors they find survive against the challenges of a world gone insane, and the people who still want to exploit others. Because as long as there are people, there will be predators.

And as long as there are predators, there will be men and women who stand against them. Lucas and Shane are two of those men.