Magic: An Anthology of the Esoteric and Arcane 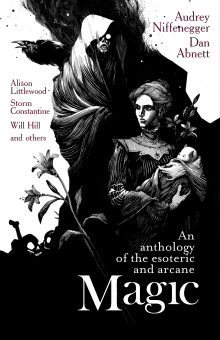 They gather in darkness, sharing ancient and arcane knowledge as they manipulate the very matter of reality itself. Spells and conjuration; legerdemain and prestidigitation – these are the mistresses and masters of the esoteric arts. From the otherworldly visions of Conan Doyle’s father in Audrey Niffenegger’s ‘The Wrong Fairy’ to the diabolical political machinations of Dan Abnett’s ‘Party Tricks’, here you will find a spell for every occasion.